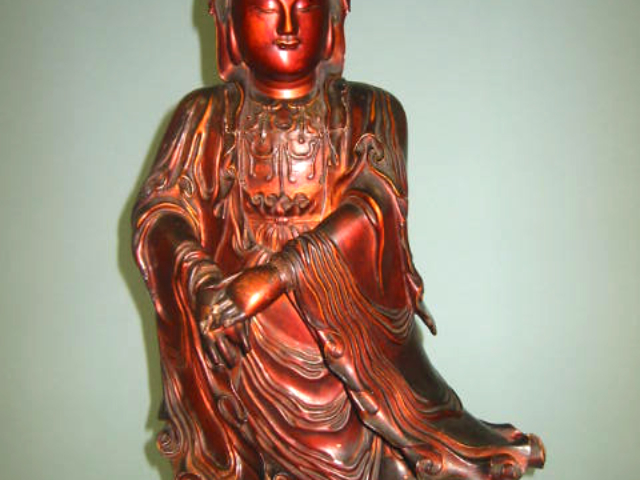 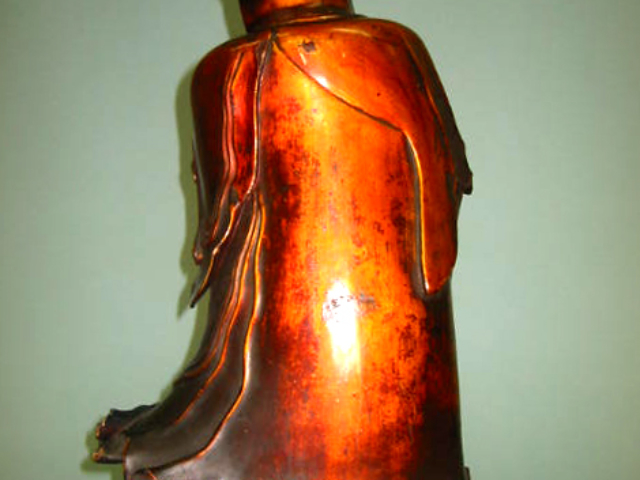 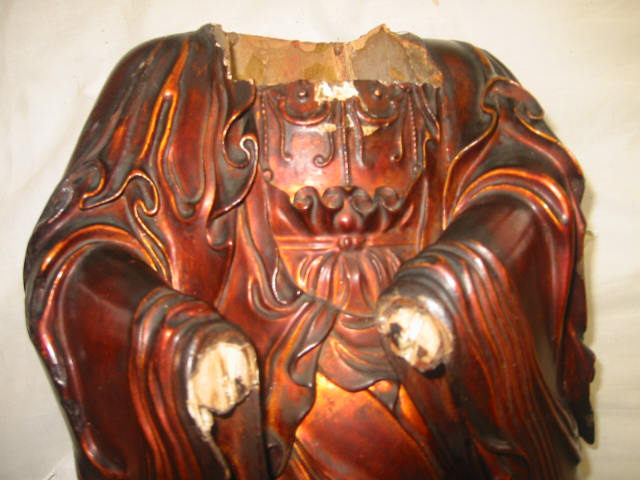 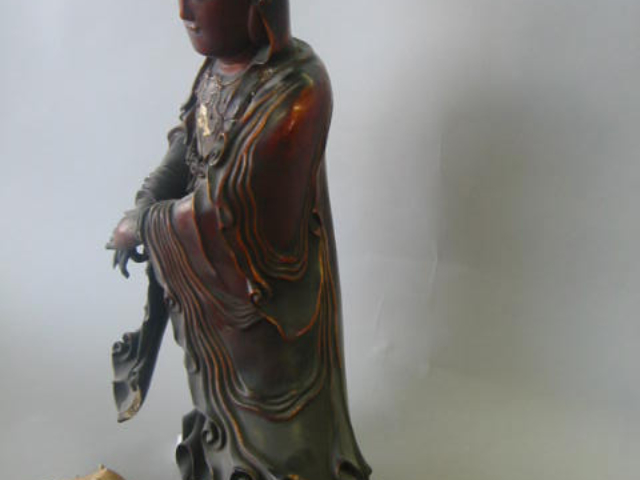 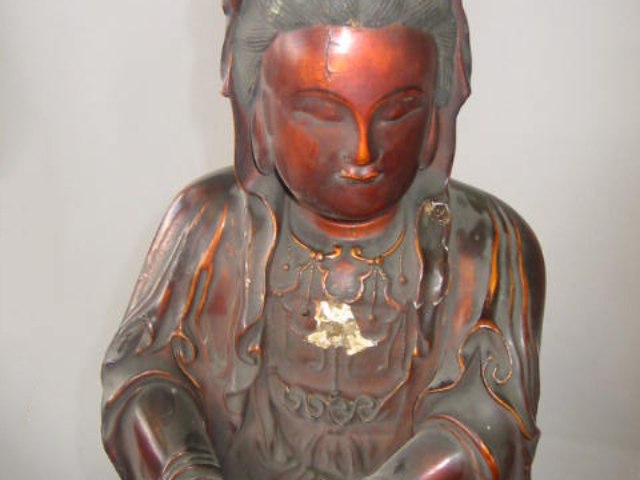 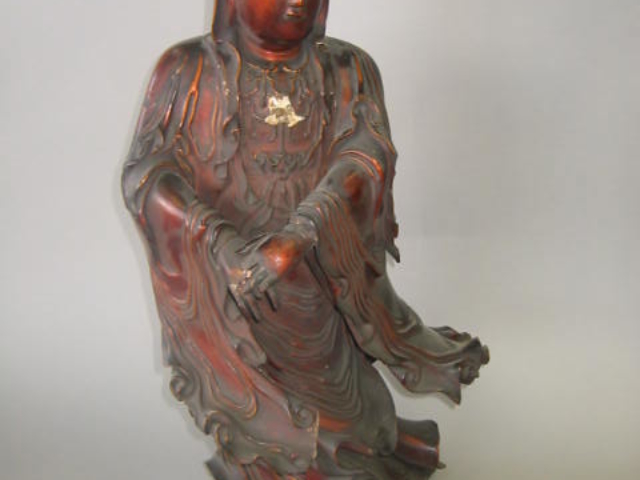 While working as a Getty Fellow at the British Museum, I worked on many oriental objects under the tutelage of the highly regarded Frank Morrow. This was one of the Buddha figures that I selected to work with while there, a beautiful Guanyin figure from Japan. Sinuous and delicate with losses to its extremities and cracks and fissures through its many layers of urushi (lacquer)  I would need to stabilise urushi layers , replace and in-paint losses.  While treating this figure, I found that its body was in two parts with a hidden internal cavity carrying handwritten prayers on silk. This provided complexities to the treatment- stabilise, infill and in-paint but still allow the figure to be opened and closed while maintaining no distraction to the figure. In other words make the opening invisible. Job done.