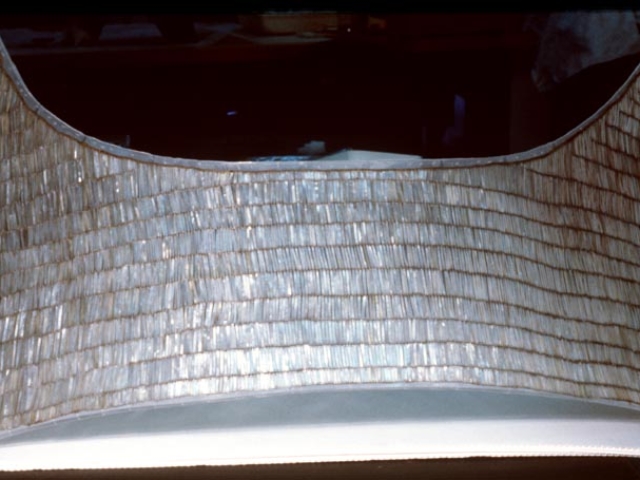 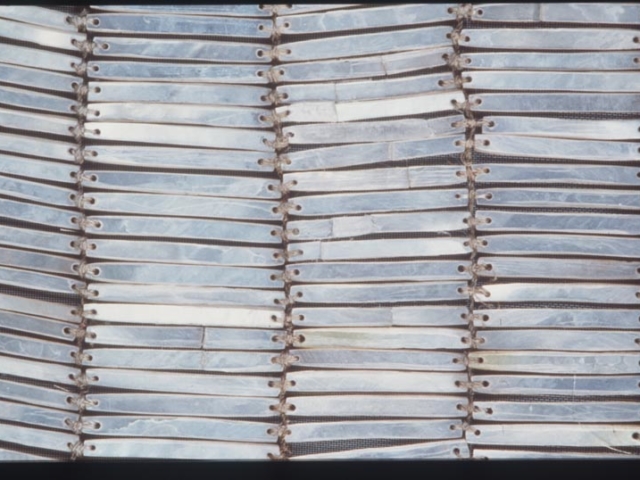 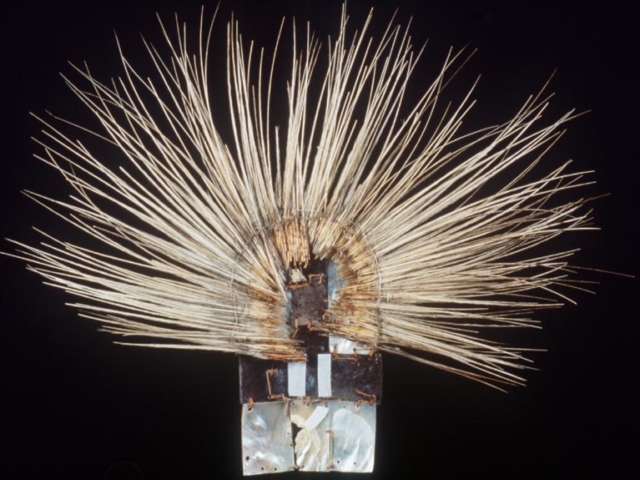 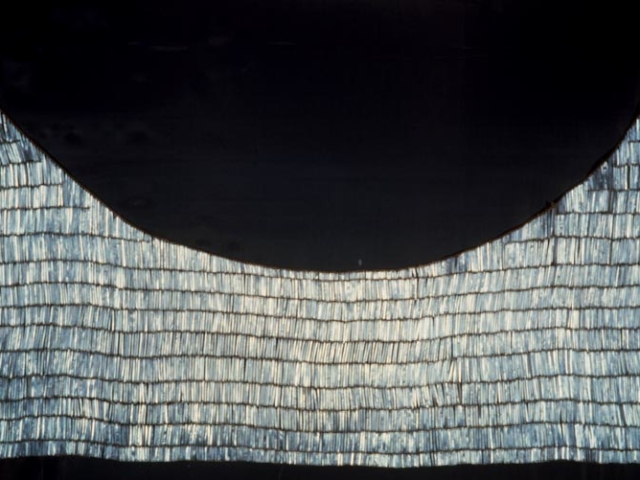 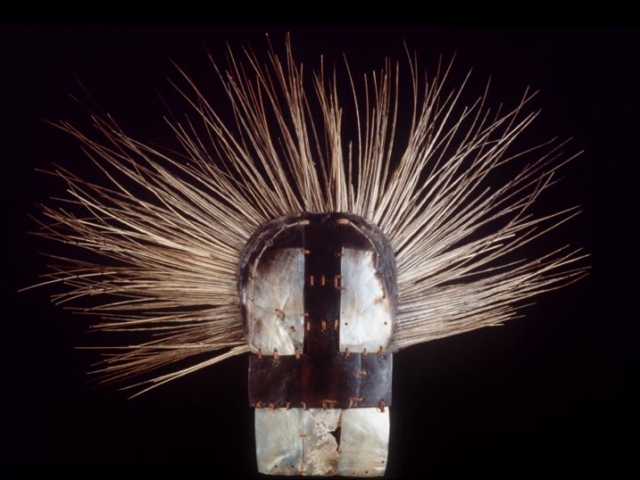 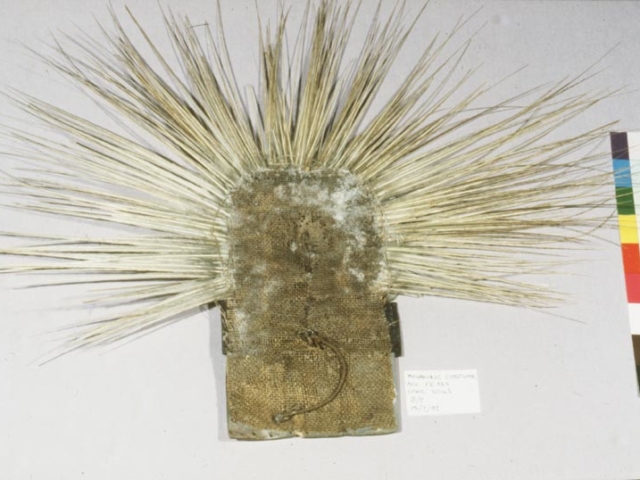 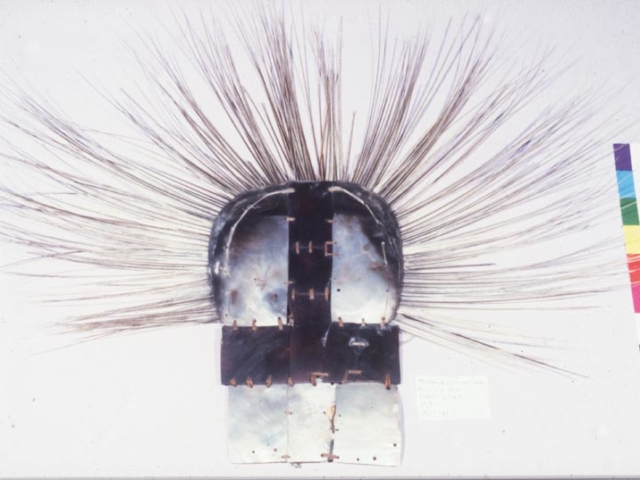 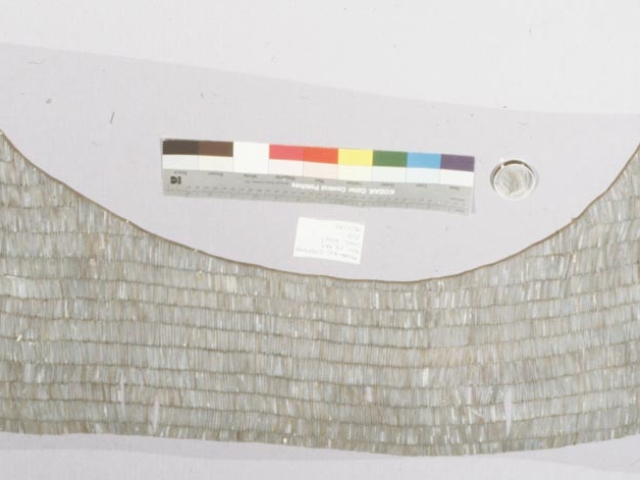 The headdress is made up of eleven pieces of shell –  five of pearl shell, six of black shell bound together with sennit to make a mask to cover the mourner’s face. The feathers radiating from the edge are from the tails of tropic birds. Pearl shell has been painstakingly cut into tiny rectangles and then tied together with fine fibre to make the chest apron. Whole pearl shells formed a collar.

Only the headdress, the two pearl shells at the shoulders, and the apron of this costume are original.  There were other parts, such as voluminous pale tapa cloth, but these were not held in Te Papa’s collections

It is assumed that this particular costume was one of at least ten brought back from Cook’s second voyage.  Cook’s men acquired the costumes in exchange for red feathers they had brought from Tonga.  This costume was donated to the New Zealand government from the Lord St Oswald collection in 1912.

All these parts of the mourning costume had been previously attached flat to fiberboards covered in hessian  using a liberal thick layering of brown and hardened protein glue (hide glue). I’m not sure why but I presume this was a curious  display technique.,

Each  flattened section had pesticide applied generously while on display and this required safe removal before any treatment could proceed.

This was along patient conservation treatment requiring swelling of the protein glue and subsequent careful and painstaking mechanical removal from all the multiple and fragile parts of the costume . Broken sections of the shell mask were re-adhered, often using supportive bridges, fine slivers of the shell apron were stabilized and in parts these sections required replacement fragments.

The reporting was meticulous- to establish original materials and techniques from later additions and ensure that all treatment methods and materials are reversible into the future.