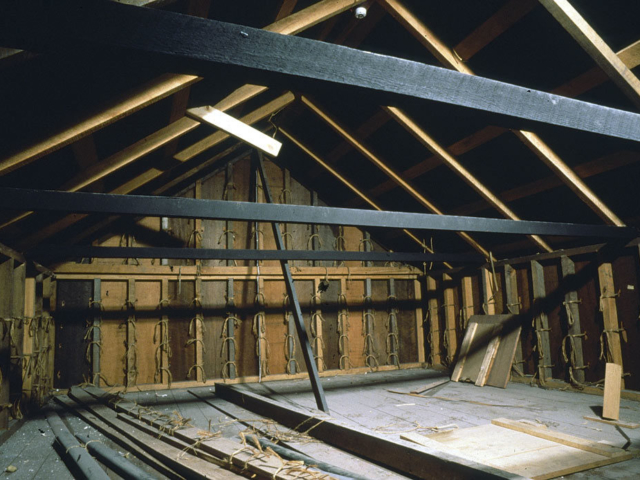 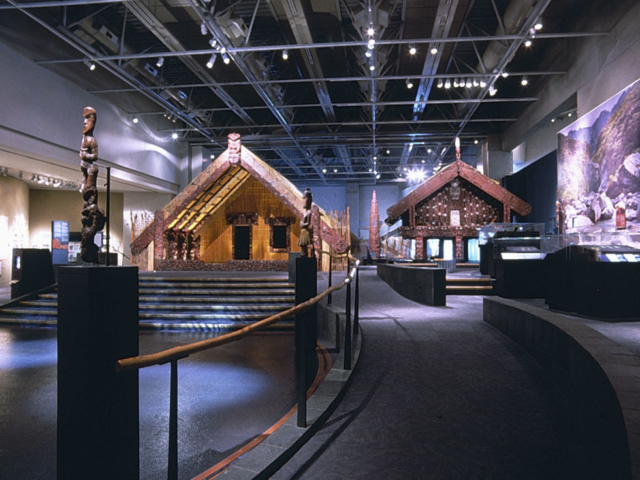 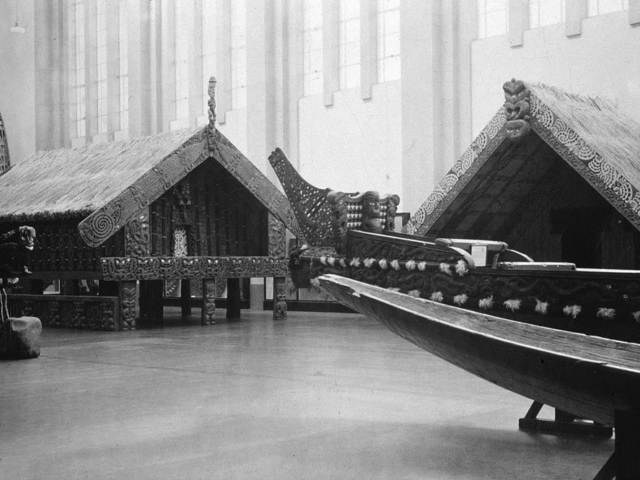 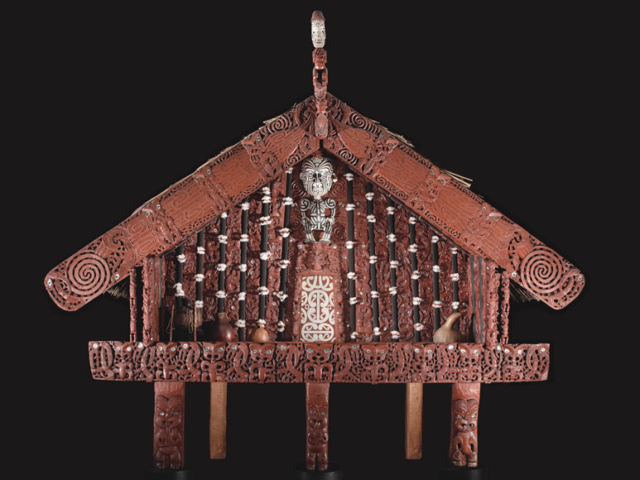 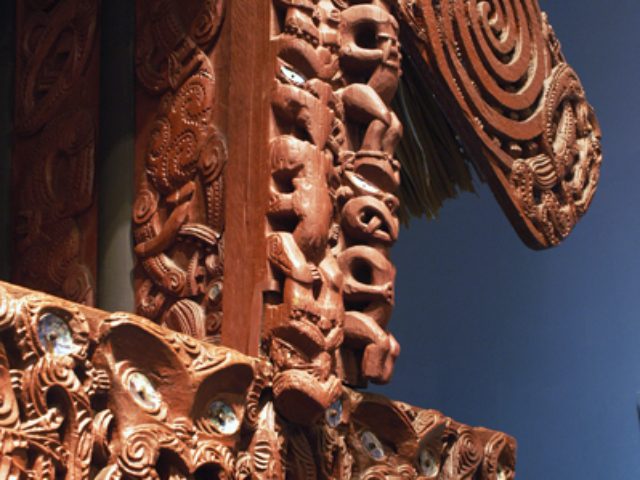 Te Takinga Pataka (storehouse) was carved fo Ngati Pikiao in the 1850s. It stood at the Lake Rotoiti settlement of Taheke. Naturalist Walter Buller took possession of the pātaka and sent it to the 1886 Colonial and Indian Exhibition in London. It was then transported to Melbourne before finding a home for some years at Buller’s estate on Lake Papaitonga, near Levin. It entered the collections  of the National Museum some years later.

I conserved the Pataka in preparation for  the 1997 opening of  Museum of New Zealand Te Papa Tongarewa. Conserving Te Takinga took a total of 3 years – however I worked on other collections throughout this timeline

The conservation treatment was a massive undertaking as many of the carved elements had sustained quite serious damage and losses overall. It had been simply held together while on display over a heavy wooden internal structure. The nails used to secure it had caused splitting and fracturing of the wood overall.

All my treatment decisions were made conjointly with Ngati Pikiao- It was  important to ensure that consensus was reached with Iwi as this storehouse represents key ancestors/Tipuna and is a a vital and significant taonga for Ngati Pikiao.

Treatments ranged from stabilization of rot, compensation of major losses,  cleaning of  paint surfaces to reveal the polychrome under-layer, and the design of a lightweight substructure. All the raupo and harakeke was gathered for the roofing and binding of the Pataka by museum staff and Iwi so we could share in the cultural knowledge of the natural world.

This was a special conservation treatment and remains to this day a really successful and collegial museum/Iwi collaboration where work and knowledge gathering was shared for an ultimately effective outcome. So many lessons were learnt along the way